Journey back in time to Ancient Egypt and see what wonders await you on the reels of this Microgaming slot. With a fun theme and a progressive jackpot, will you be able to find the big payouts hidden amongst the pyramids as you set sail down the Nile? 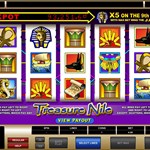 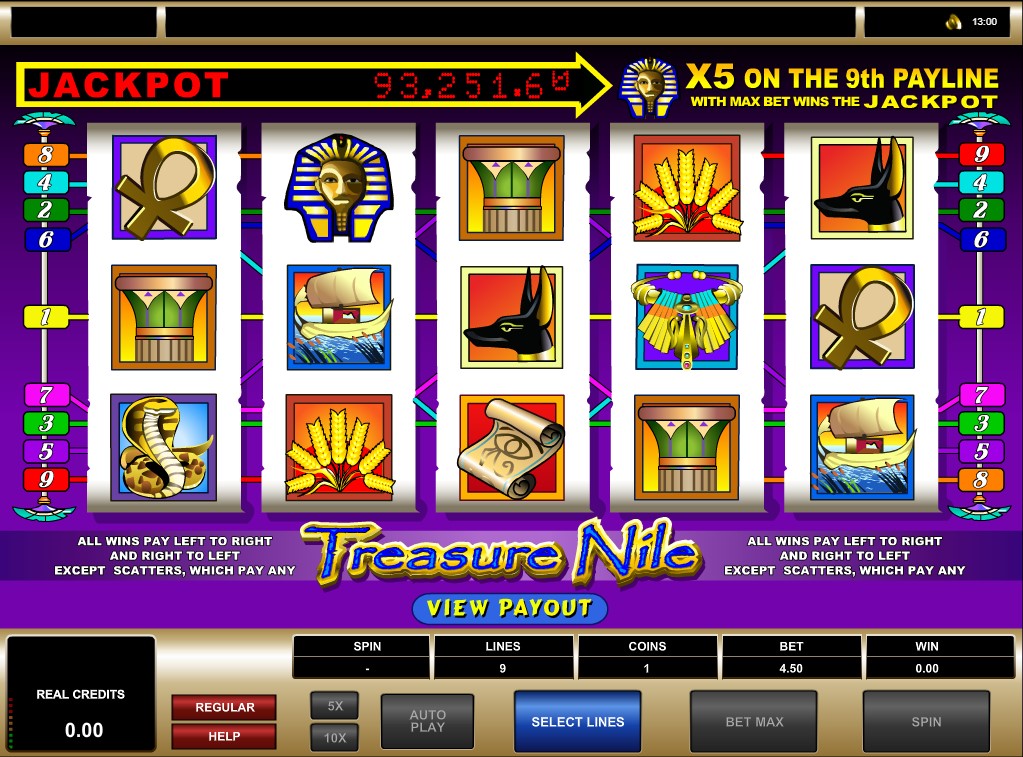 Why You Should Play Treasure Nile

Treasure Nile is not an overly fancy slot but it still packs a punch, especially with its progressive jackpot. There are Wilds and Scatters and wins can be formed from right to left as well as from left to right, increasing the potential for big payouts. The background music helps to transport you to exotic Egypt and the game is brightly coloured. Pyramids tower over the shimmering Nile, while symbols include a cobra, jackal god Anubis and Tutankhamun.

There is a fixed coin size of £0.50 on Treasure Nile, but you can regulate the number of paylines from 1 to 9. Hit the Spin button to start the game, or select Auto Play to spin the reels without stopping.

The Wild symbol is a beautiful image of a couple of pyramids on the banks of the Nile, aglow in the golden hue of sunset. It substitutes for all other symbols apart from the Scatter to help form winning combinations.

A yellow Scarab beetle serves as the Scatter symbol and if you land three on the reels then any win will be multiplied by five. Four Scatters will result in a 10x multiplier, while wins will be subject to a 50x multiplier if you are lucky enough to land five Scatter symbols.

Treasure Nile has a progressive jackpot which keeps growing as players around the world spin the reels. To trigger the jackpot round, you will need to be playing with all nine paylines and land five Tutankhamun symbols on the fifth reel.