Microgaming has followed up its original Thunderstruck slot with a new Thor-inspired game which aims to bring even more fire and brimstone to the online casino scene. With updated graphics and a new pay structure, will you embrace the power of Thunderstruck II? 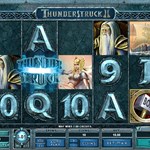 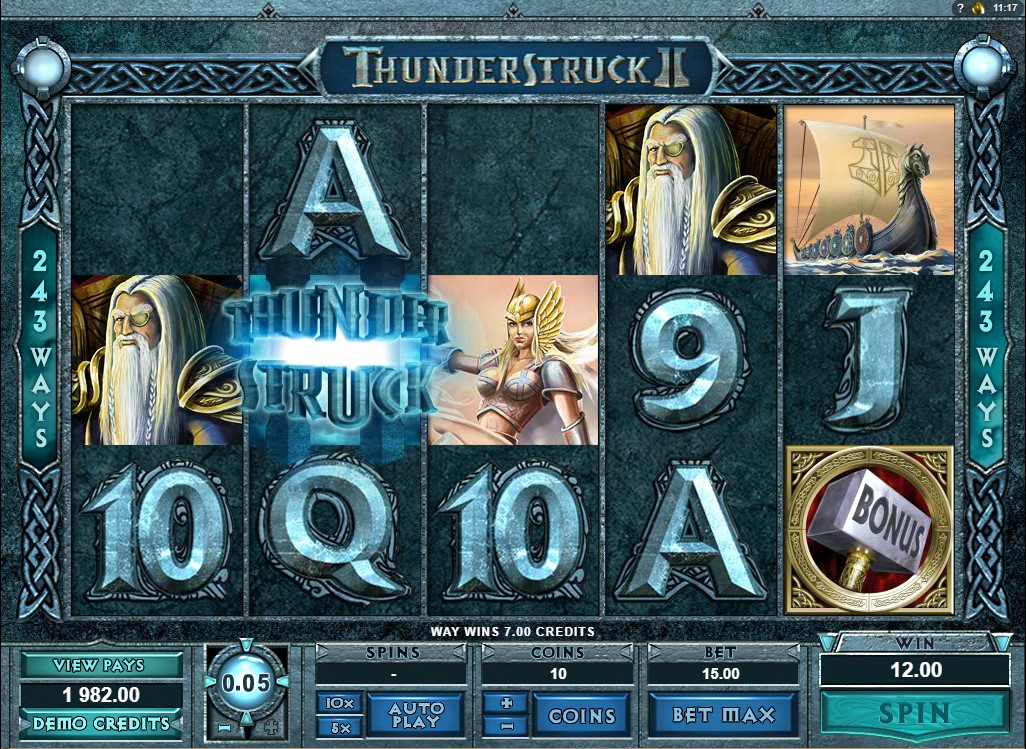 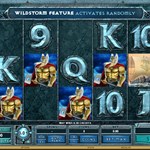 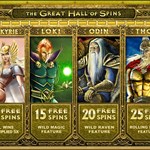 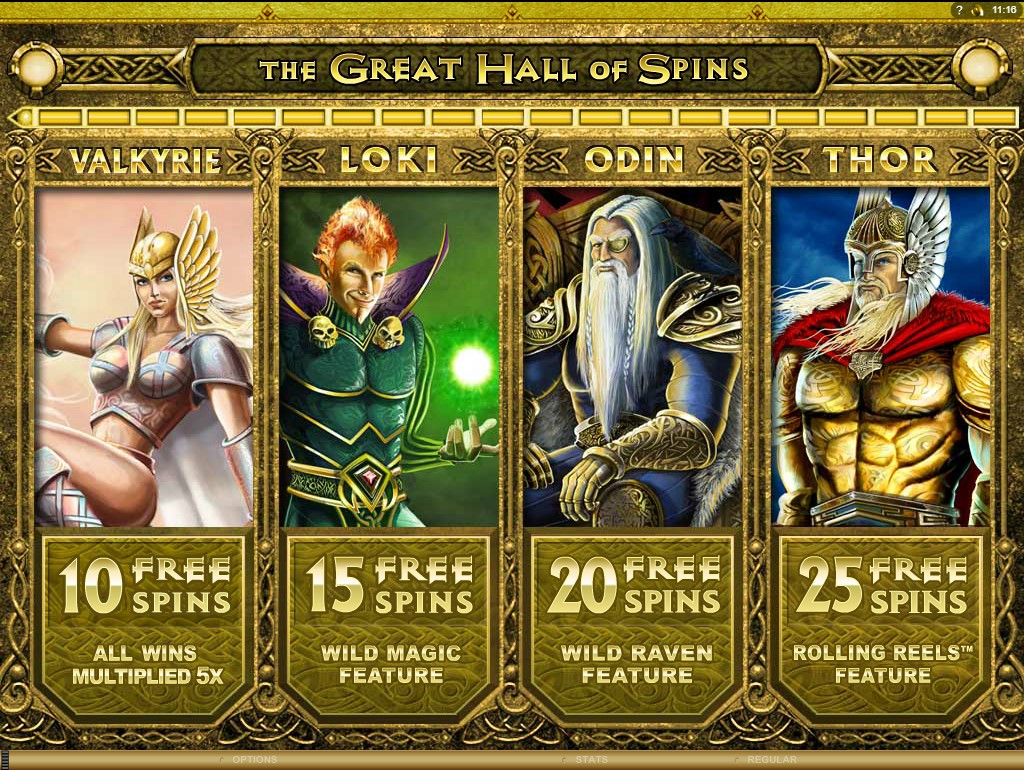 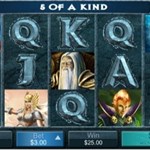 Thunderstruck II 5 of a Kind

Why You Should Play Thunderstruck II

While some slot sequels just tread over the same ground with a slightly different colour scheme, Thunderstruck II really ups the ante in every way from the original game. Thor is still recognisable as the imposing God from the first Thunderstruck, but he is now older and somehow more commanding. He is joined here by a range of other fine symbols, including the scantily-clad Valkyrie, the magical world of Valhalla and a Viking longship. Thunderstruck II has also upgraded from a 9-payline structure to 243 ways to win, and there is a boatload of bonus features.

You can bet anywhere from £0.01 to £15 per spin on Thunderstruck, simply by using the + and – buttons. The Bet Max tab will automatically spin the reels at the maximum wager, while pressing ‘Coins’ will alter the number of coins wagered. Tap the Spin button to start the game, or use Auto Play to spin up to 500 times without stopping.

The Wild symbol is the Thunderstruck II logo, which substitutes for other symbols to complete winning combinations.

A randomly triggered feature, this round can turn up to five reels completely wild.

The Great Hall of Spins

Thor’s hammer serves as the Scatter symbol and if you land three or more you will enter the Great Hall of Spins. The first four times you trigger the bonus you will play with Valkyrie, and be awarded ten free spins plus a 5x multiplier. Once you trigger the bonus a fifth time, Loki will appear and grant you 15 free spins, while a Wild Magic symbol will also appear on reel three to randomly transform symbols into wilds.

If you trigger the round for a tenth time, the Odin bonus will come into effect and you will receive 20 free spins, plus a raven feature which randomly turns symbols into 2x and 3x multipliers. From the 15th trigger onwards, the Thor bonus will award you 25 free spins with rolling reels which increase the multiplier by 1x with every consecutive spin.

You can also trigger more free spins whilst playing in the Great Hall of Spins.