With enjoyable bonus features, impressive graphics and 243 ways to win, life on the ocean has never looked so good. Set sail into the big blue and you might just fall in love with this fishing-themed game, hook, line and sinker. You won’t need to trawl through any other slots! 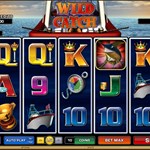 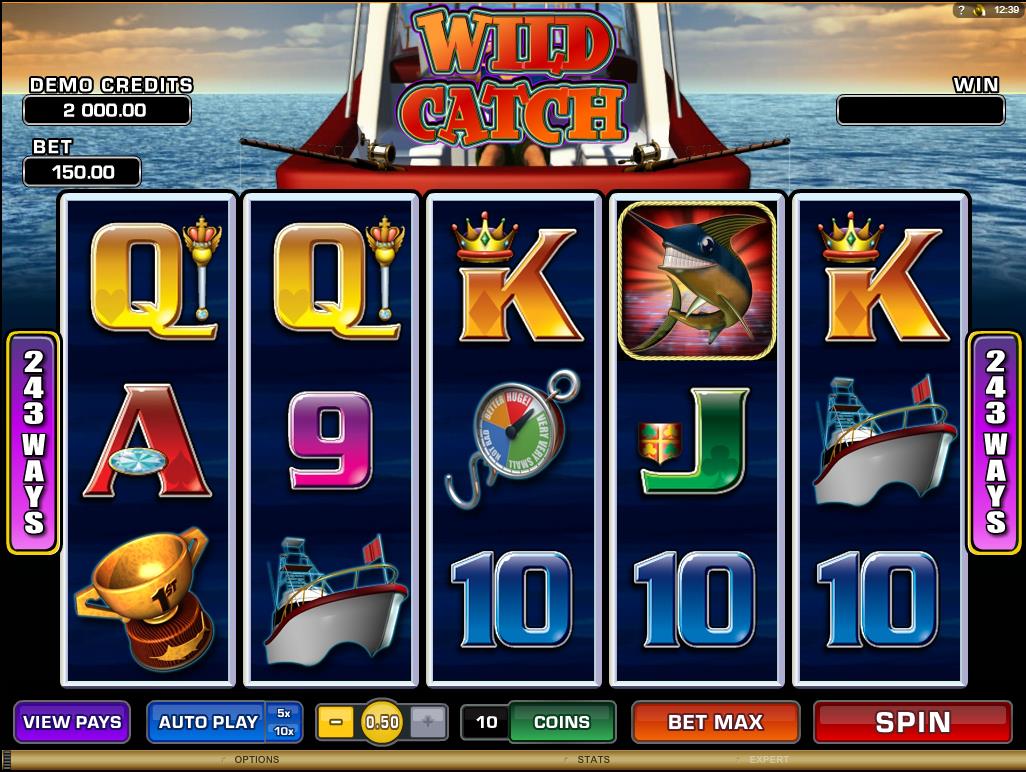 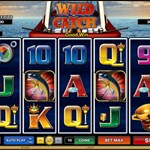 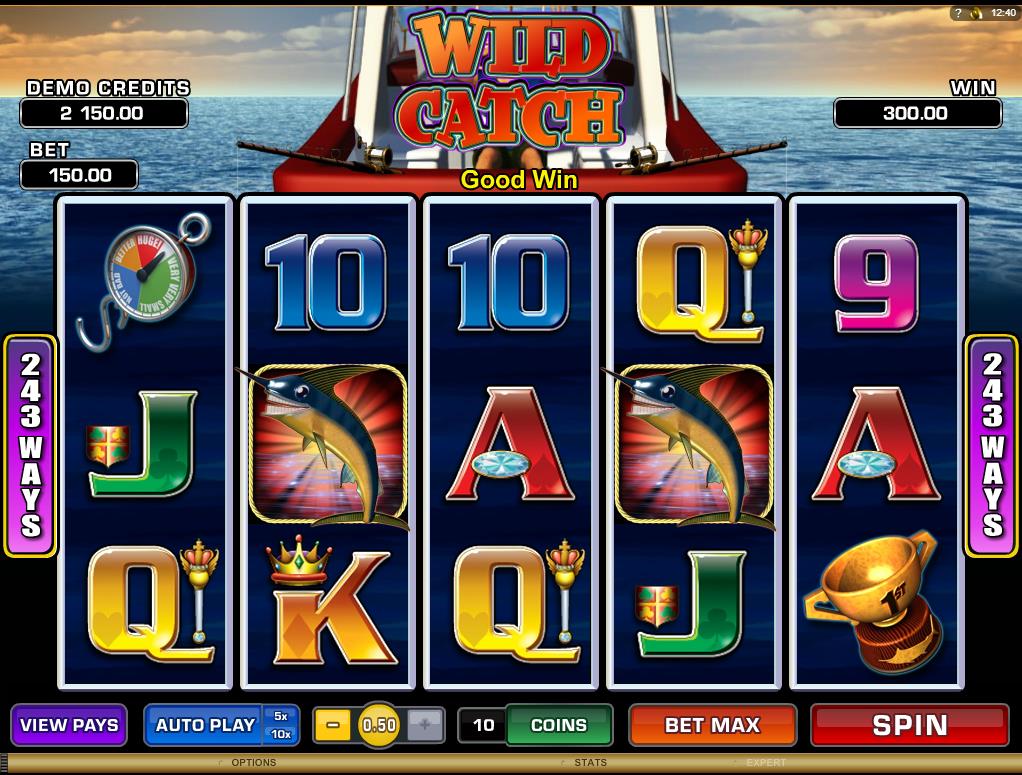 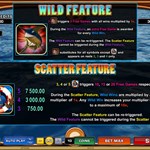 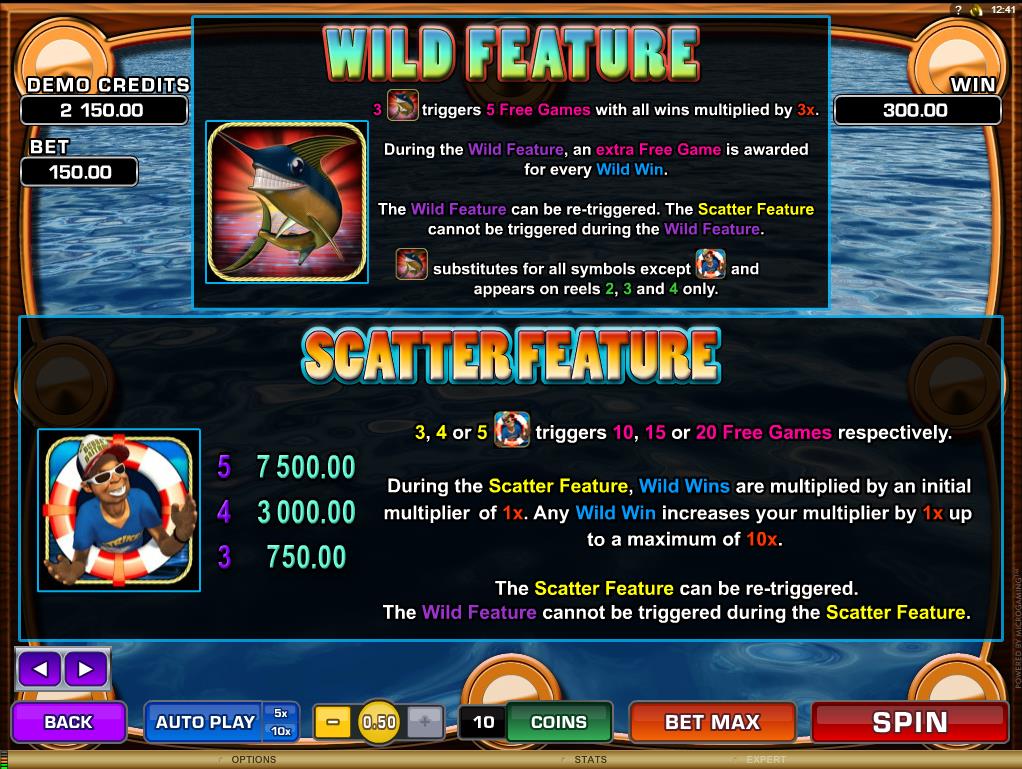 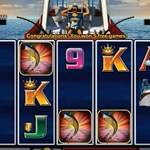 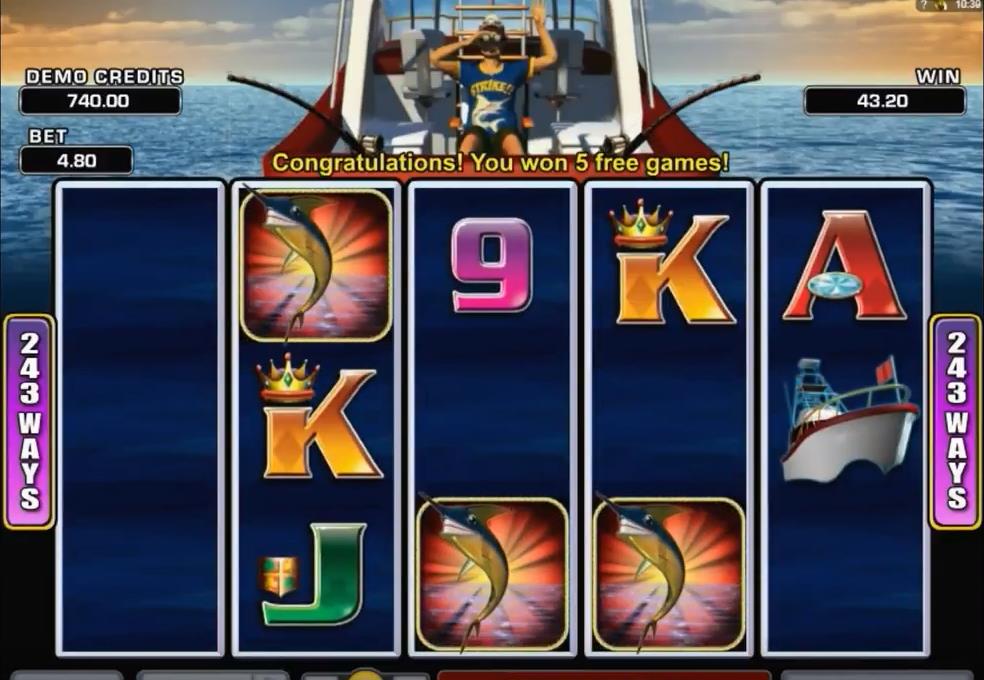 Cast your rod into this aquatic adventure

Why You Should Play Wild Catch

As one of the most popular pastimes in the world, it is only right that Microgaming’s designers have devoted a whole slot to it. The fishing here is of the deep sea variety, and sees a number of brave boatsmen take to the waves to try and land a big catch. The game has been expertly crafted to show a small marine vessel bobbing on the still ocean at the top of the screen, with rods cast overboard to the reels below. The symbols show all manner of aquatic creatures, including a swordfish and a squid, along with a fishing boat, weighing scale and trophy. The sound effects are nice and understated, and there are plenty of bonus features on top of the ‘243 ways to win’ pay structure.

Press the Coins button to change the number of coins per spin, and use the + and – symbols to adjust the amount you want to wager per coin. The total bet will be displayed in the top left, and can range from £0.30 to £150. You can also use the Bet Max button to automatically set the highest possible wager for the next go, then just press Spin when you are ready. The blue Auto Play icon also gives you the option to spin the reels consecutively up to 500 times.

The Wild symbol is the swordfish. It appears on reels two, three and four and substitutes for other symbols apart from the Scatter to form wining combinations. The Wild symbol also unlocks the Wild Feature.

If you land three of the Wild symbols, you receive five free spins. All prizes are subject to a 3x multiplier, and you will also be granted an extra spin every time the Wild symbol shows up as part of a winning combination.

The Scatter symbol is the fisherman looking through a lifebuoy. Land three of these symbols and you will be granted 10 free spins, receiving 15 if you land four, and 20 if you are lucky enough to land five. The multiplier starts at 1x, but increases by one each time you land a winning combination which contains a Wild.