Stick the key in the ignition of your chariot in this quirky slot from NextGen, which sees Tutankhamun make a departure from Egypt to cruise down the Las Vegas strip in his sports car and leer maniacally at the sights of Sin City. 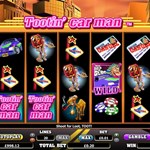 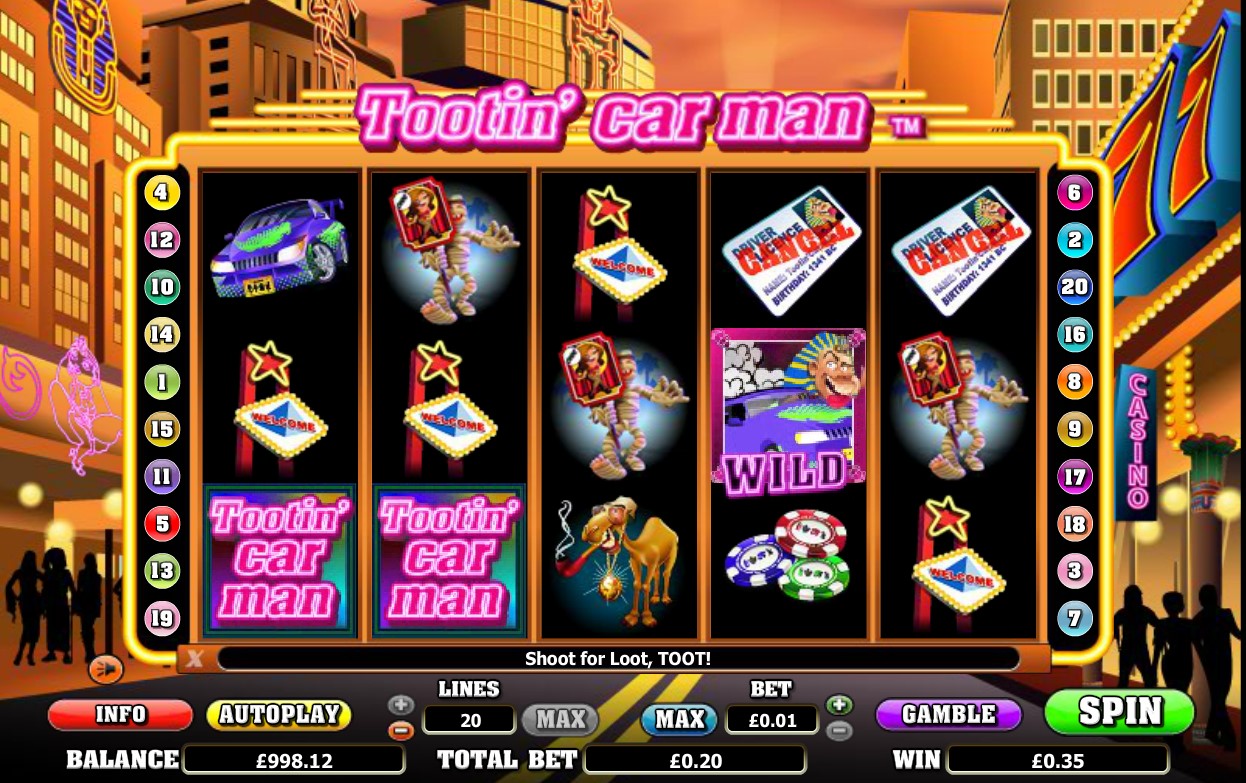 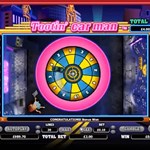 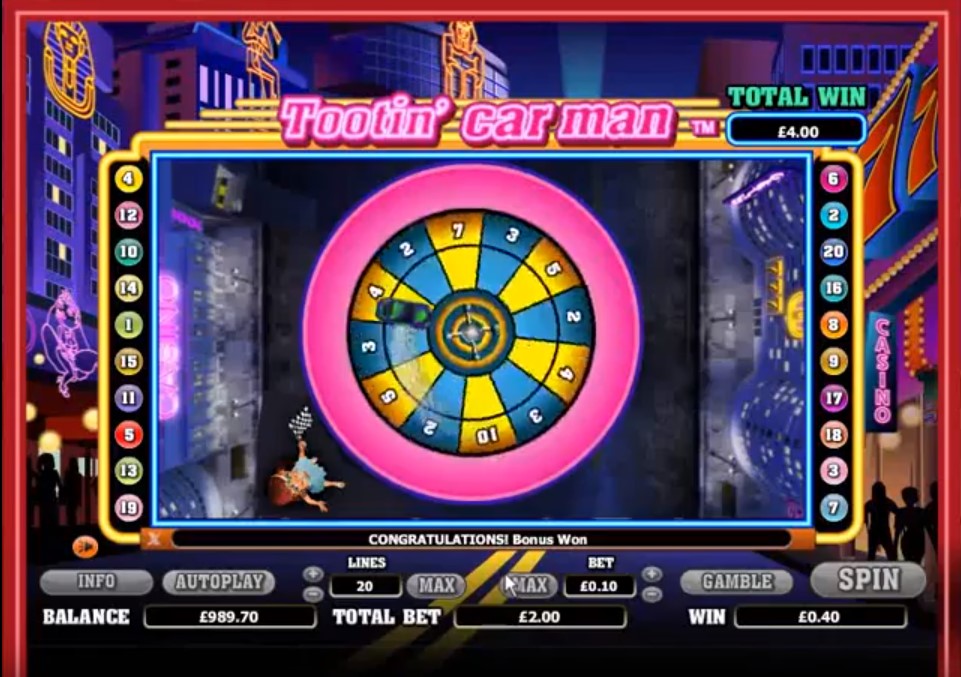 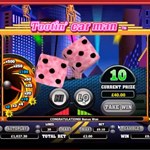 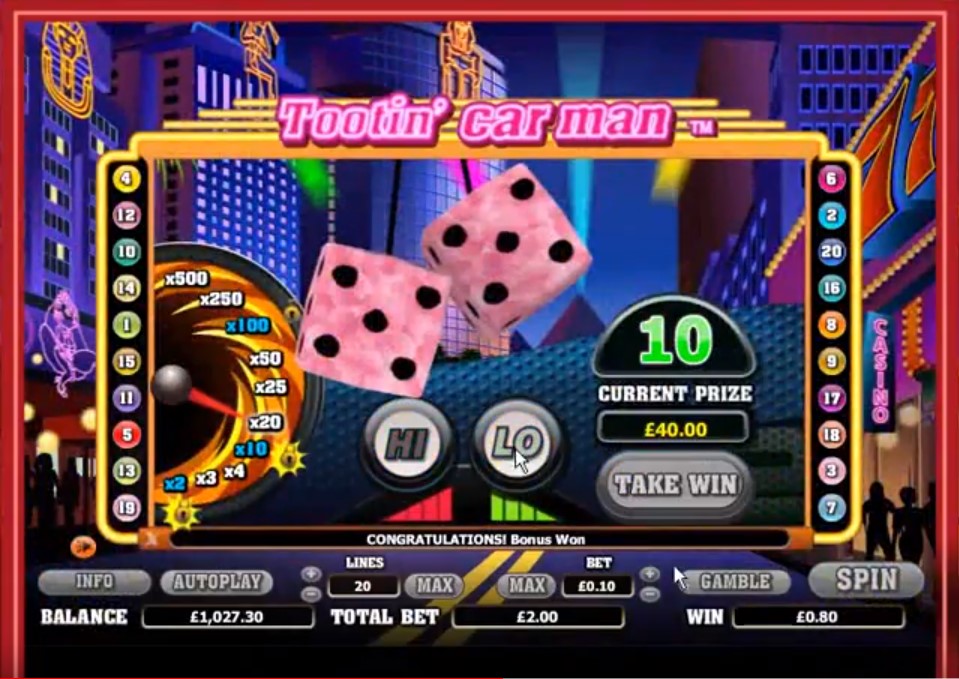 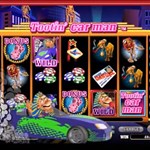 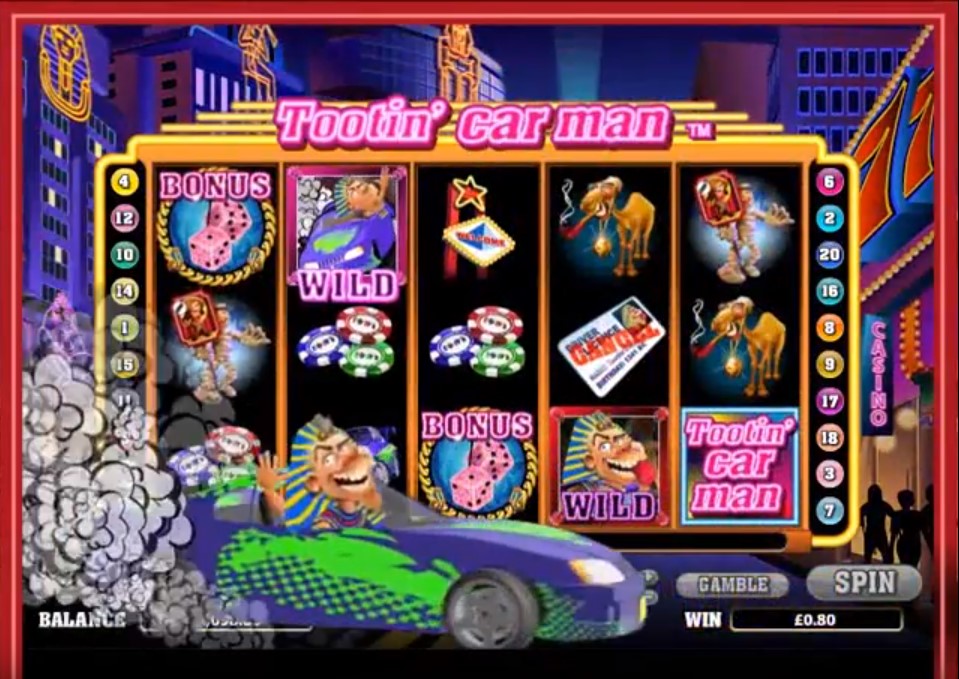 Why You Should Play Tootin’ Car Man

If there can be slots based on films, TV shows and sports, then why can’t some games just be inspired by puns? NextGen’s Tootin’ Car Man depicts the famous pharaoh Tutankhamun as a tongue-lolling boy racer who seems to like careering around the streets of Las Vegas when he’s not on duty amongst the pyramids. The symbols merge these two disparate themes to comic effect, with a Cleopatra-type princess in a Marilyn Monroe dress, a camel smoking a pipe and a mummy holding a sign. The surrounding hotels and casinos are adorned with Egyptian symbols and it is hard not to raise a smile, while the plethora of bonus features also makes it possible to pick up some great wins.

The amount you want to stake is displayed in the Total Bet box at the bottom of the screen, and can be adjusted using the Lines and Bet buttons. The green Spin button starts the game, or you can press the yellow Auto Play option to spin the reels continuously.

The title character, Tootin’, acts as the Wild symbol and replaces all other symbols apart from the game’s logo, the roulette wheel and the dice, to help form winning combinations.

Tootin’ can drive his car across the reels after any spin, turning a random number of symbols wild.

If you land the fluffy dice bonus symbol on reels one, two and three, you will get the chance to sit in Tootin’s car and play a game of higher or lower with the dice. If you win, the multiplier is increased, and wins are saved at certain points so you will not lose what you have already built up.

The Roulette Bonus is activated if you land three of the roulette wheels on reels three, four and five. Tootin’ drives twice around a roulette wheel to signal the start of the round, before eventually stopping at a random multiplier to boost your prize.