Once upon a time, in a beautiful land magical ponies lived in peace and happiness. But soon their safety came under threat from an army of flesh-eating zombies, forcing the magical creatures to fight back. Join the resistance as you take on the evil undead warriors in an effort to save lives and win vast fortunes in Genius Gaming’s Machine Gun Unicorn. 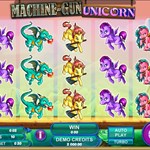 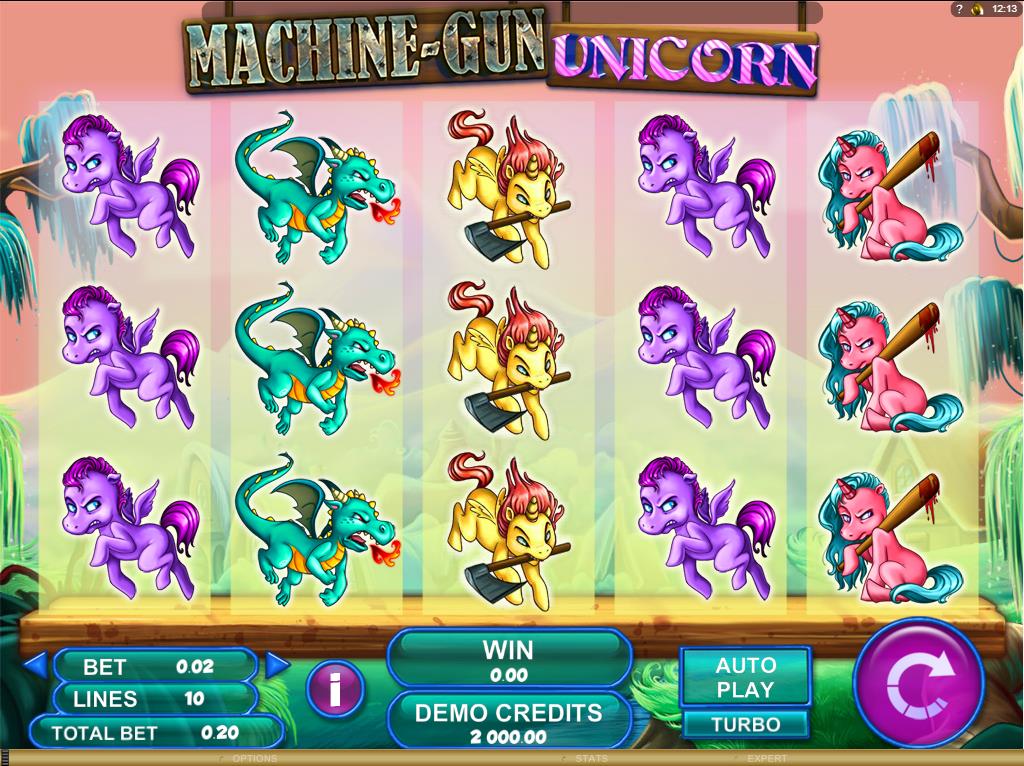 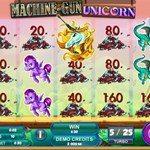 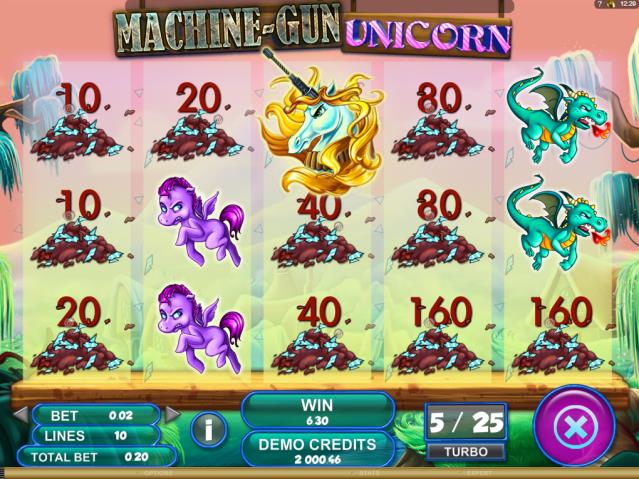 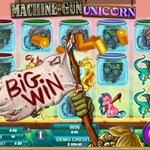 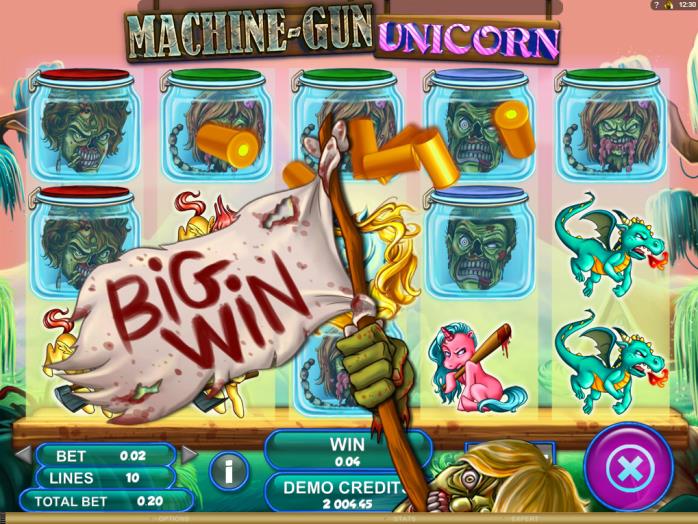 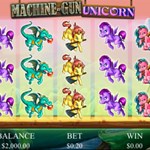 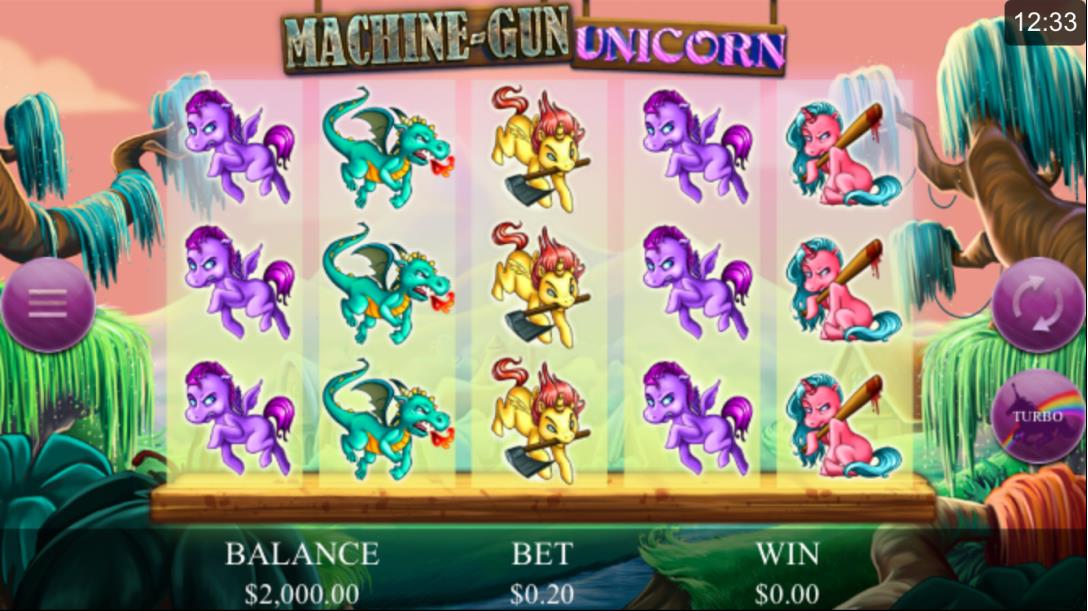 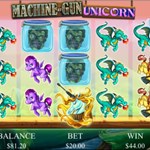 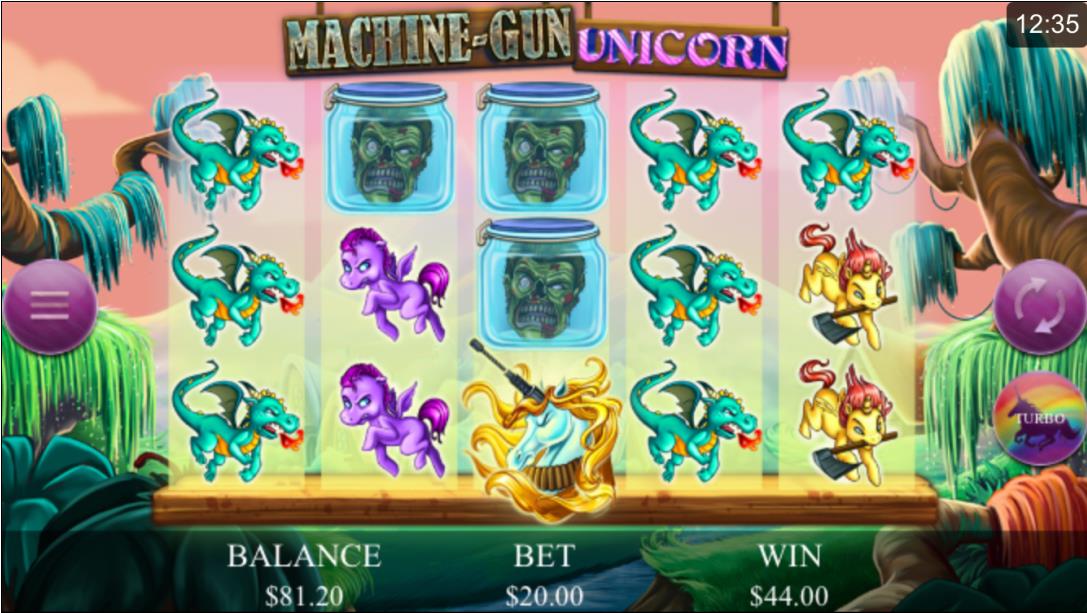 Join the Machine Gun Unicorn in a battle against the undead

Why You Should Play Machine Gun Unicorn

Be warned, this game is not for the faint-hearted. Battling against a relentless zombie attack, you must fight in order to match symbols, blast zombies to smithereens and, most importantly of all, stay alive. Spin to win great prizes, but keep an eye out for the rarest of beasts, the Machine Gun Unicorn, who will rush to your aid when things get tough. If you’re a fan of wacky slots that pack plenty of fun features, outstanding graphics and a kick-ass soundtrack, this is certainly the right game for you.

You don’t need a licence to operate this weaponry. Begin your fight for survival by selecting the size of your bet using the on-screen options. All that’s left to do now is open fire by hitting the Spin button or generate up to 25 spins by tapping the Auto Play feature. If you’re feeling trigger happy and would like to speed things up, smash the ‘TURBO’ button to unleash hell.

The game’s Wild symbol is the hero of the conflict, the Machine Gun Unicorn. The fully loaded filly appears on reel three and can substitute for all symbols. As an added bonus, the main protagonist will open fire at any zombies that appear, generating much bigger wins.

Both Ways to Win Bonus

While most slots only pay out from left to right, Machine Gun Unicorn will lavish you with wins from both directions as you battle the zombie hoards.