An adventure worth undertaking, trek deep into the South American jungle to unearth the mythical El Dorado, enclosed in the dense undergrowth. Attempt to pick up the untold treasures of legend in Jungle Jim as you voyage deeper into the leafy surroundings. Time to get trekking! 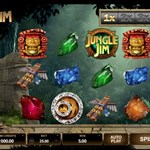 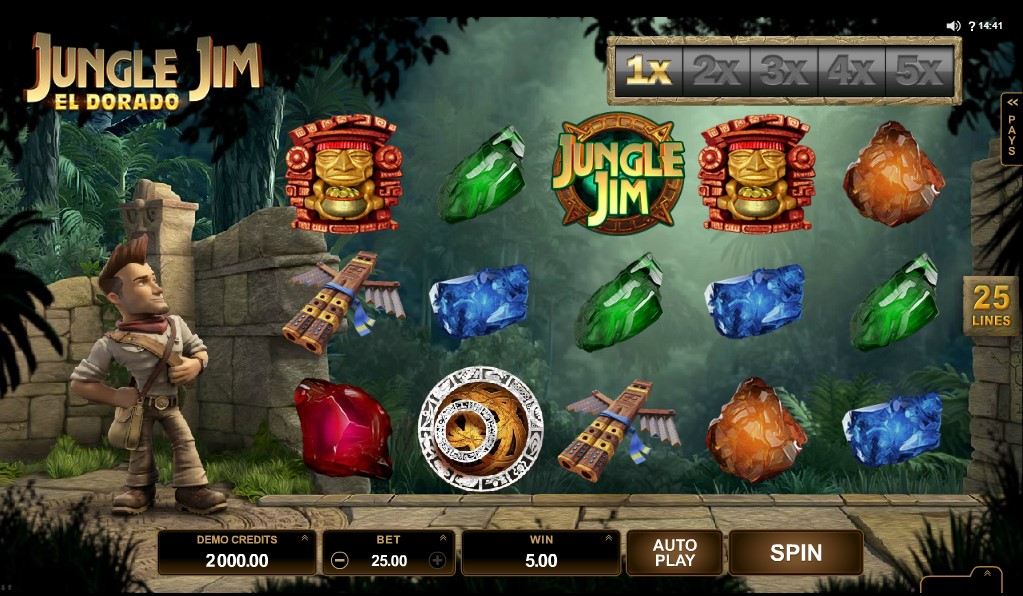 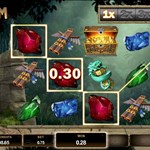 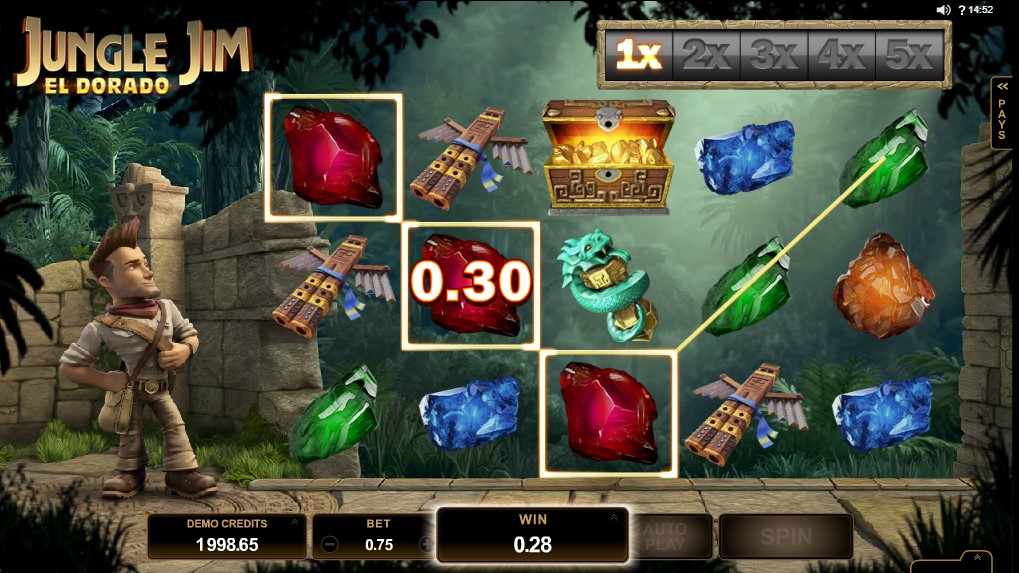 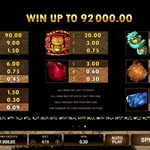 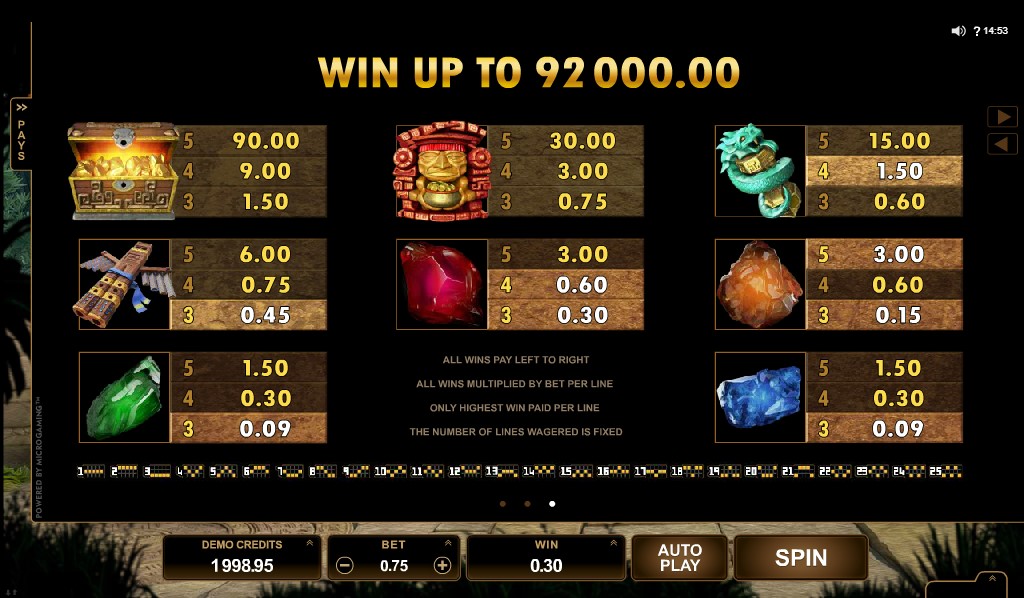 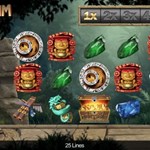 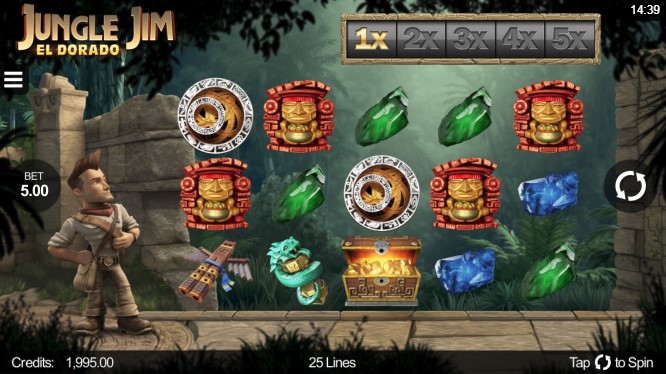 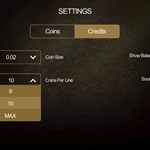 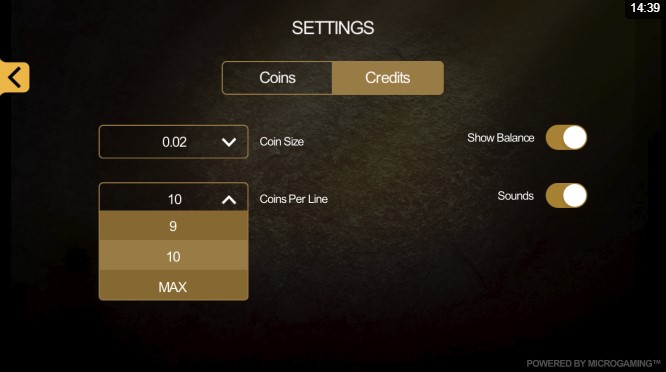 Why You Should Play Jungle Jim

Jungle Jim is there to keep you company, extremely animated and busy to the left of the reels, so you know you won’t be alone out there in the fading light. There’s jungle-themed symbols aplenty, of course, from high-value chests to eye-catching gems and rare treasures. There’s also a handful of bonus features available as you hunt for El Dorado, including the impressive Rolling Reels and mighty Free Spins. Fun to play and pleasing on the eye, the sights and sounds of the jungle will keep you busy, as you spin the reels.

Before hitting ‘SPIN’, press ‘BET’ to change the size and number of coins you wish to play. If you’re feeling brave, you can also tap ‘MAX BET’ to put the maximum wager possible on the next spin. The ‘AUTOPLAY’ feature is available too if you want the reels to continue spinning automatically whilst you explore the forest terrain. Select ‘PAYS’ to the right of the reels for the full lowdown on the symbols and features.

The ‘JUNGLE JIM’ logo is the Wild symbol, replacing any other symbol except for the Scatter.

The Scatter symbol only appears on the first three reels from the left, and comes in the shape of an Aztec Scroll. It can be used to activate the Free Spins feature, so keep on going until it lands on the reels!

Three Scatter symbols are enough to trigger the impressive Free Spins feature, rewarding you straight away with ten goes. Free spins can be re-triggered, with a multiplier triple that of the base game.

Here is how the multipliers work for Rolling Reels: