If you’re stumped for inspiration over which game to play, why not try out this sporting slot extravaganza from Microgaming? Even if you can’t bat like Sachin Tendulkar or bowl like Shane Warne, hopefully you’ll never run out of having fun. With the potential for big scores, how’s that for a cricket-based game? 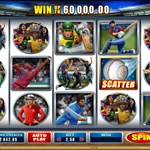 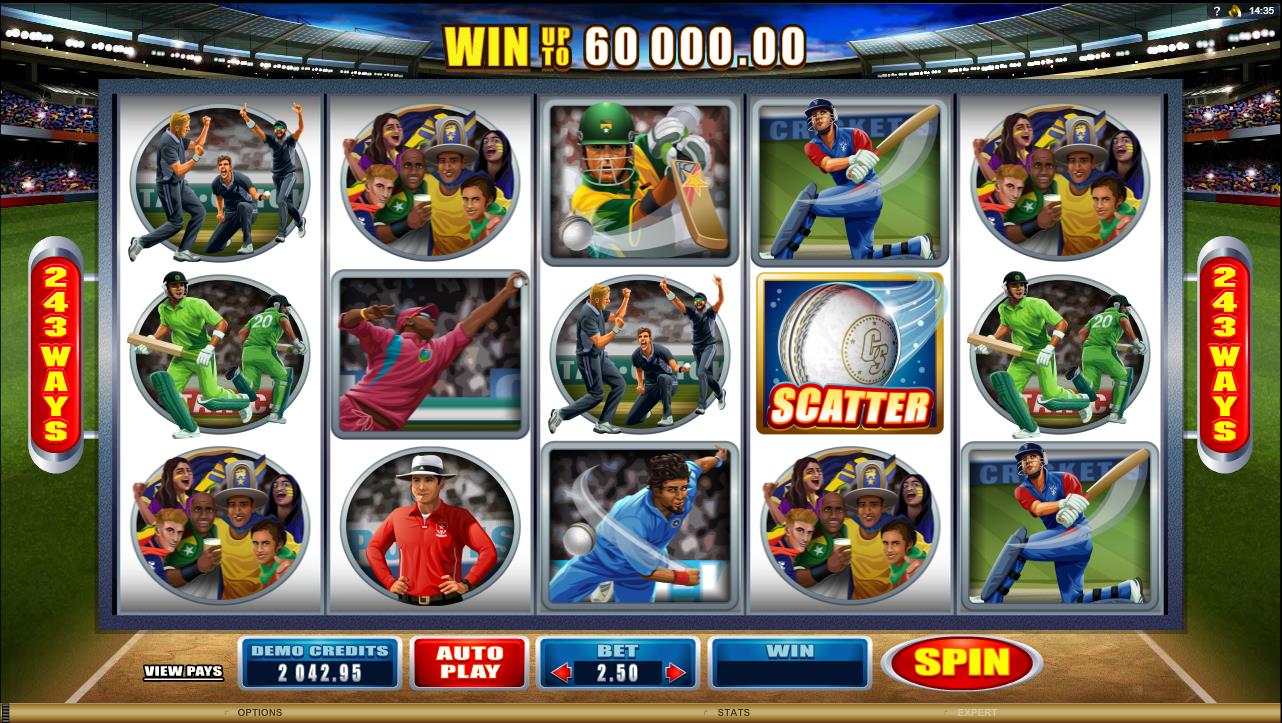 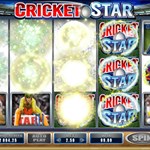 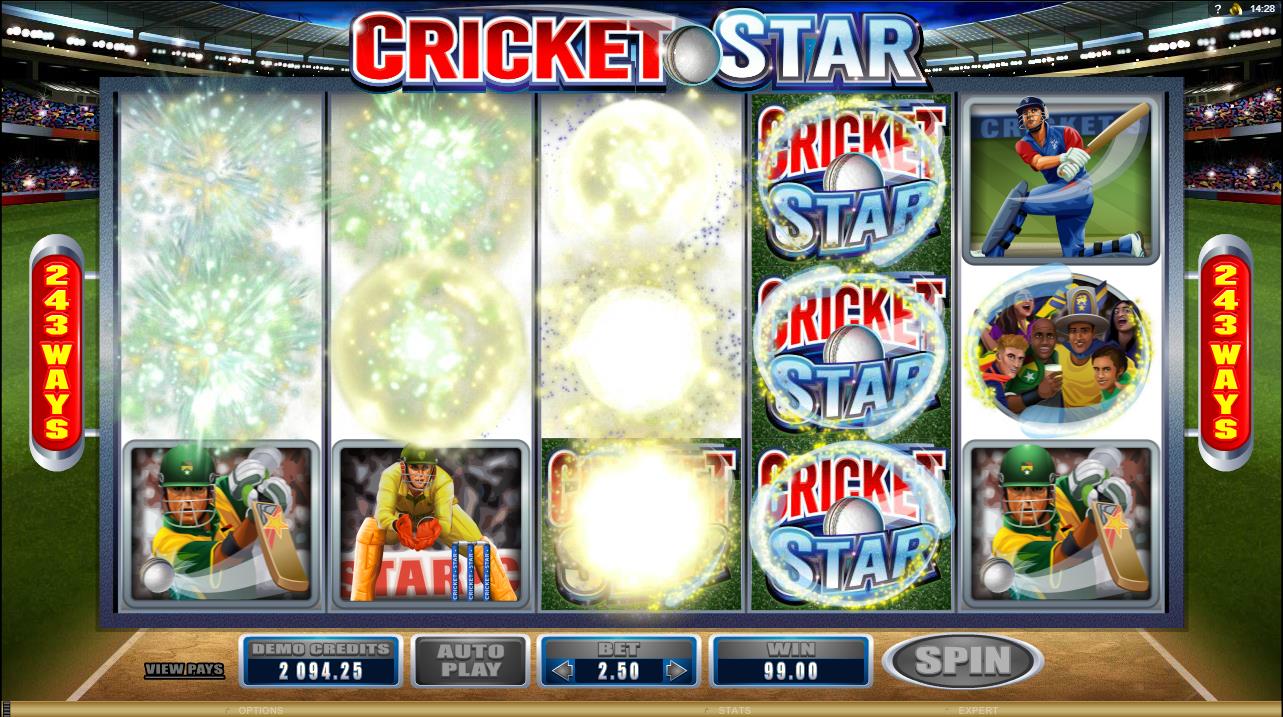 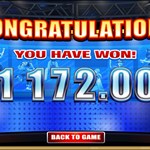 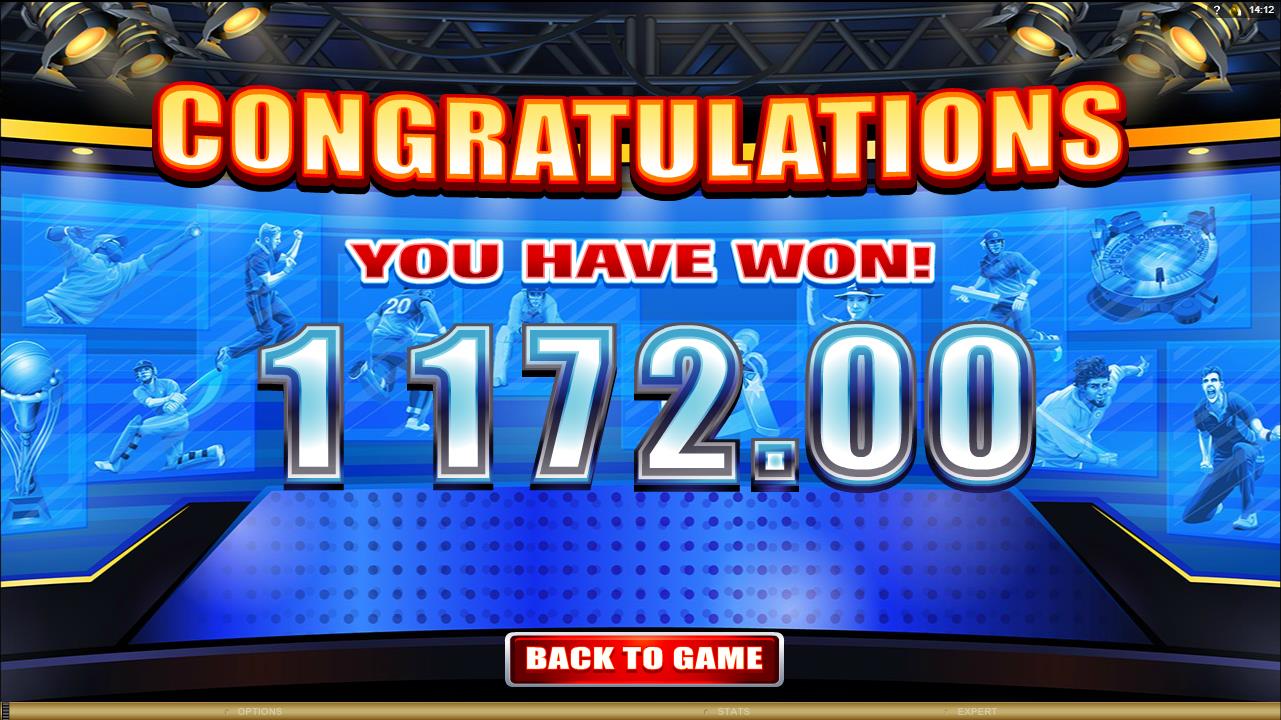 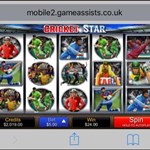 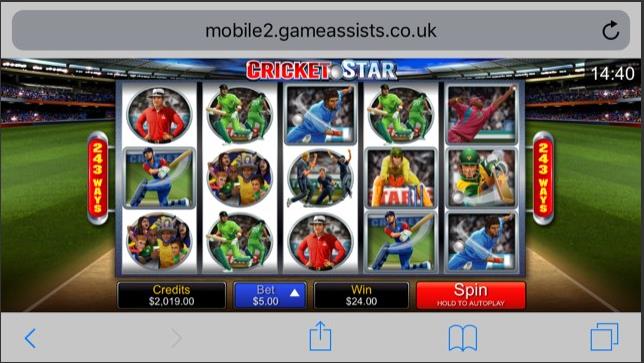 Why You Should Play Cricket Star

Launched to celebrate the 2015 Cricket World Cup, Cricket Star remains fresh and exciting a few years later and is sure to appeal to anyone who loves to hear the crack of willow on leather on those long summer days. Microgaming’s slot throws you straight into the high-octane world of international limited-overs cricket, with athletic catches, sweeping batsmen and celebrating bowlers. The images don’t particularly resemble famous cricket players but they are still cleverly drawn, while the sound effects help to create an atmosphere of being right in amongst an excited cricket crowd. Even if you’re not into cricket, this game is still well worth a look as it contains some great features and the chance to run up some great payouts.

There are buttons to adjust your coin size and the number of coins per spin, but the best way to alter your stake is just to tap on the arrows next to the Bet box. You can wager amounts ranging from £50 to £250 per spin. When you are ready to start, just press Spin or use the Auto Play button.

The game’s logo is the Wild symbol. It substitutes for all symbols apart from the Scatter to form winning combinations and appears stacked on reels three, four and five.

An image of a cricket ball acts as the Scatter symbol. If you land three of these symbols, you receive 15 free spins. You'll receive 20 for landing four, and the maximum 25 if five appear.

This is a feature which allows you to win multiple prizes in a single spin, as winning symbols disappear and new symbols fall into place. The Rolling Reels feature remains active during the Free Spins phase, and any consecutive win will increase the multiplier up to a maximum of 10x.

Three wickets will appear randomly on top of reels two, three and four and a ball will then be bowled towards them. Depending on which stump gets hit, the reel underneath will then become completely wild.